This day has finally come! Starting from December 14 the whole world has an opportunity to enjoy Star Wars: The Force Awakens episode. In this regard, TemplateMonster has decided to let all of its fans bring Star Wars stylistics to their websites. As you could have already guessed, all this will be possible with Monstroid.

This revolutionary, multi-purpose WordPress template saw the light of the day on July 22, 2015. Since that date the template has been downloaded over 3,000 times, hundreds of new cool site have been launched and thousands of web users have managed to enjoy professionally built websites. But TemplateMonster’s creative team doesn’t stand still and in regard to the release of new Star Wars episode and in anticipation of the Christmas holidays these guys have initiated a new winter promo campaign.

Starting from December 14th and till December 21st you have a unique chance to get Monstroid or any of its child themes at a 30% discount. The best part of it all is that no promo code is needed. The price has been already slashed to $55. You just go to templatemonster.com, browse the gallery of Monstroid themes and pick the ones that come to your liking.

On top of it, Monstroid has undergone a redesign. The traditional logo has received Darth Vader’s mask and the popular Star Wars font below it. In addition to that, the theme has been updated with the Dark Skin, which will make your online project look even more powerful.

This is a limited time offer. Monstroid Star Wars stylistics will be available for 1 week only, so don’t miss your chance to update your site with Star Wars classics from December 14th to December 21st! 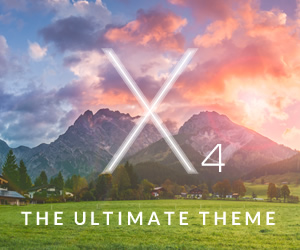 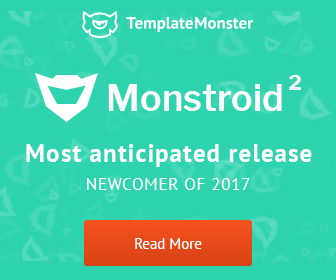